What We Learned at FHIR Connect-a-thon 8 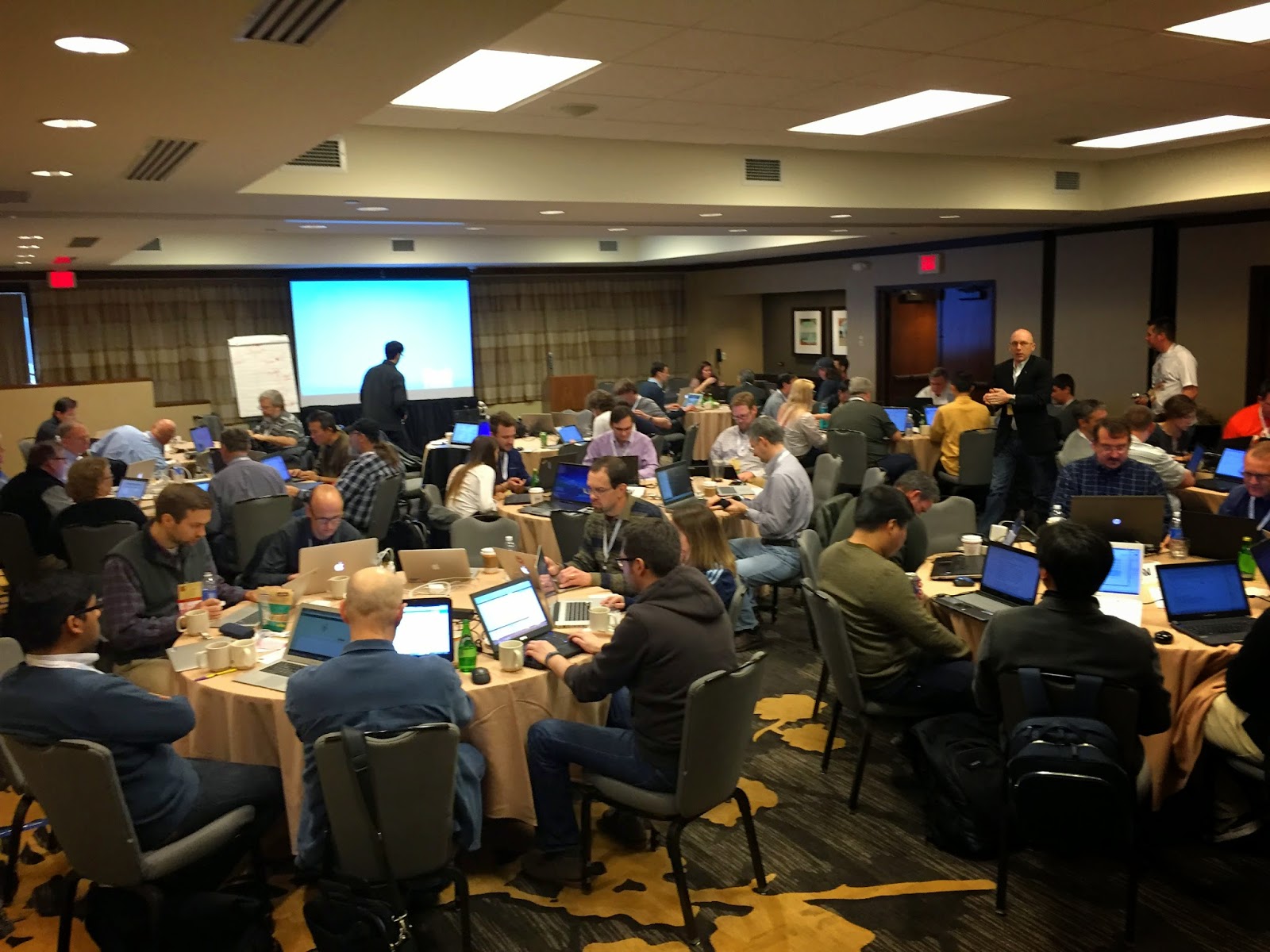 Coding away at the FHIR Connect-a-thon

Dynamic Health IT was on the scene at FHIR Connectathon 8 in San Antonio. Over two days of furious coding and interfacing, we gained new insight into FHIR’s potential to transform the management and exchange of health information. The event’s overflow crowd was proof of the health IT world’s growing enthusiasm about the standard.

The Connectathon explored three themes/tracks:
On the first day, attendees developed and tested code, while the second day was reserved for more formal testing and a show-and-tell session from developers. In contrast to “hackathons” and other coding meet-ups, participants were not in direct competition, but rather there to support each other in the experimentation process and share development tricks.

The event hosted a diverse set of participants – hospital systems, insurers, researchers, developers large and small.  There was also diversity in FHIR implementations. Most users are currently approaching FHIR as an interface, but some are looking to FHIR as the “source of truth” for the data they handle.

The latter – a more ambitious implementation – involves using FHIR as a hub for retrieving patient information. For example, FHIR was being used by one Connectathon participant to broker information between OpenEMR and providers. A FHIR server becomes the switching station for exchanging information between facilities.  A primary care office submits data to the FHIR server on OpenEMR. The  patient arrives at another facility, which then connects to same FHIR server for continuity.

EHR vendors such as Epic have opened up new pathways to integration through  support for FHIR. Epic has outlined its plan for open exchange of data through open.epic (http://open.epic.com). McKesson also shared with the group their work in building complex medication regimens through FHIR.

Applications are not confined to conventional patient care. One of the virtues of FHIR is that it is extensible and can be applied to a potentially limitless range of possible data. For instance, Vanderbilt University is using it in genome research, adding genetic sequence resources to FHIR and querying a large number of patients.

While healthy competition fuels our industry, when it comes to something as ambitious as the push for true interoperability, we’re in this together.

Dynamic Health IT would like to congratulate Ozlem on making five years with the company on December 23rd!

Ozlem has been a true asset to our company since she joined us. In those five years, she has contributed skill, time, ideas, energy, and loyalty. We’ve noticed and appreciated all these contributions on our behalf!

We love having Ozlem on our team.  She has a phenomenal work ethic and can tackle pretty much any technical problem.  As if that weren’t enough, she also has a great personality and positive outlook!  Congrats to Ozlem on her 5 year anniversary (time flies!)
-- Jeff Robbins

Ozlem, this has been a truly wonderful 5 years, working alongside you, and getting to know you as a co-worker and as a friend. Your programming skills and work ethic are tremendous, and your other talents, such as the ability to explain and teach, are so appreciated.  As a person, I've never met anyone in my life, who is more honest, sincere and kind.  I consider myself so lucky that you joined our team here.
-- Connie Zimmermann

Ozlem you are an incredible coworker and friend. I have learned so much from you over the years and look forward to many more years of brainstorming, problem solving and creative development that is a must in this Dynamic Health IT World.
-- Raychelle Fernandez

Congratulations on your 5 years with DHIT! Ozlem has an amazing ability to focus on the task at hand and solve any problem that arises. She is a great colleague and I look forward to working on many more projects with her and sharing office adventures.
-- Maria Ruiz

It’s a pleasure working with Ozlem. While her enthusiasm is infectious she brings loads of knowledge, dedication and loyalty to DHIT.  Ozlem is a main catalyst to our team! Congrats!
-- Beth Lanier

Ozlem's ability to solve problems in the face of difficult situations is always a welcome relief. As an added bonus her friendly nature and positive attitude makes her a joy to work with. We are so lucky to have Ozlem on our team.
-- Matthew Dugal

Ozlem’s experience and enthusiasm have made her a pleasure to work with.  She has genuinely helped me several times over in understanding our problem domain and our approach to solving it.  Whether brainstorming or getting into technical details of a particular solution, Ozlem has been an incredibly valuable resource and an indispensable member of this team.


Ozlem is a very kind- hearted person, she always has a smile on her face and such a hard worker!
-- Erica Shepherd

It's not hard for me to think of positive things to say about Ozlem. Ozlem is a good teacher. She patiently listens to beginner-level questions and can explain technically complex concepts.  I can always count on Ozlem to have the answers. She knows our products and clients inside and out.  She maintains an upbeat and easy-going attitude, with a friendly word when it’s most needed.  And... She’s the biggest Pelicans fan I know!!
-- Josh Shreve


Congrats on five years Ozlem!  It is a pleasure working with you!!
-- Amanda Mitternight


Thanks again Ozlem for your hard work and dedication to Dynamic Health IT!
Posted by Unknown at 9:07 AM No comments:

Dynamic Health IT was proud to be a conference sponsor – and it certainly didn’t hurt that it all took place just down Canal Street from our offices.

During the conference, DHIT President Jeff Robbins sat down to record a podcast episode with Intrepid Healthcare. You can listen to the episode here. Jeff spoke with hosts Joe Lavelle and Todd Scnick about a range of topics:
Jeff had a great time chatting with Joe and Todd at GC3. Stay tuned for more media from Dynamic Health IT.

Posted by Joshua Shreve at 8:57 AM No comments: