HL7 International, the standard bearer for healthcare information exchange, has kept up its hands-on approach with implementers and developers. One of their newest offerings is a series of Implementation-a-thons for C-CDA. As we did in Orlando, our team traveled to take part in the C-CDA Implementation-a-Thon this month in Chicago.

After the Orlando meetup, we were looking to take a deeper dive into the standard and share what we had been working on since January.

One of HL7's stated goals for the event was to "identify issues and potential trouble spots" in the CCDA. While some of us in the room are nominally competitors, we are all united around the common goal of making CCDA use and implementation as easy as possible, resolving ambiguities in the standard and working toward greater interoperability. EHR firms such as Epic and NextGen and a range of other developers, users and experts were all in the room, working toward this shared goal.

The collaborative spirit was encouraging, though some of the major industry players have been missing. This can make it difficult to coalesce around a decision on how to overcome major roadblocks to interoperability.

As is often the case at Connect-a-thons and other healthcare IT meetups, there were plenty of new faces, an indication of the growth in interest and a reminder that the standard requires ongoing outreach and education.

Here's a quick and dirty rundown of some key topics covered, followed by a few of our observations on specific discussion areas:

A key question around implantable devices - a class of equipment that includes artificial joints and pacemakers - is where the implant should be recorded in a C-CDA.

Does it go into "Procedures,""Medical Equipment" or some combination of the two?

For ONC Certification, it is expected to be in "Procedures" section, unless there is no implantable info, then it lives in the"Medical Equipment" section. At the Implementation-a-thon, HL7 further clarified that the implantable device information should always appear in the Medical Equipment section. When the specific procedure for the implant is known, it should also go into Procedures.

There is not yet an agreed-upon standard in healthcare data for distinguishing the sex of the patient as determined at birth from other notions of gender identification.

HL7 currently uses the concept of administrative gender, defined as "the gender of a person used for administrative purposes." FHIR, which built upon RIM, can incorporate XML resources to capture gender identity, but the best practice has not been decided.

In the case of a transgender male - whose birth sex was assigned female and whose current gender identification is male - SNOMED codes are capable of capturing this distinction. Common practice in C-CDA would most likely record the Administrative gender for this patient as female.

As HL7 explains in its current detailed descriptions:


(G)ender may not match the biological sex as determined by genetics, or the individual's preferred identification... Systems providing decision support or enforcing business rules should ideally do this on the basis of Observations dealing with the specific gender aspect of interest (anatomical, chromosonal, social, etc.) However, because these observations are infrequently recorded, defaulting to the administrative gender is common practice.

That last sentence gets at the fact that even the underlying process for recording gender identity and sex assignment is in need of clarity. There is no single approach, for instance, to mapping gender as recorded on an intake form with relevant C-CDA sections.

The Implementation-a-thon also explored the example of administrative gender as represented in 'UNK' nullFlavor, paired with an observation recorded in Social History. The general guidance from HL7 is that gender identity concepts should appear in"Social History,"while the "pending guidance" on birth sex is as follows:


C-CDA recordtarget/Administrative Gender is the field used to record the Birth Sex and must be coded as follows: M (male), F (female) or a nullFlavor of 'UNK'.

However, there will be further clarification coming from ONC and report back to the group.

Future considerations on this subject:

The discussion centering around this issue further underscored the need for all major players to take part in the shaping of the standard in order to avoid confusion and incoherence. 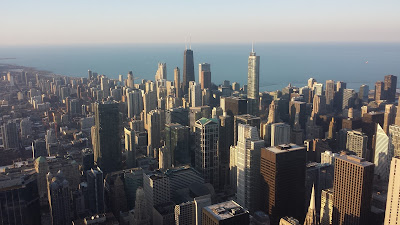 HL7 events never fail to be highly educational. Among the takeaways for us: